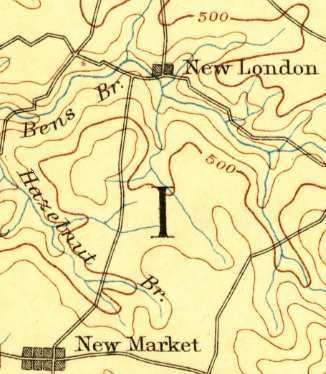 Submit a geographic name proposal to the BGN. Fill out a proposal form on the BGN website:

The GNIS contains information about physical and cultural geographic features of all types in the United States, associated areas, and Antarctica, current and historical, but not including roads and highways. The database holds the Federally recognized name of each feature and defines the feature location by state, county, USGS topographic map, and geographic coordinates. Other attributes include names or spellings other than the official name, feature designations, feature classification, historical and descriptive information, and for some categories the geometric boundaries.

The U.S. Board on Geographic Names is a Federal body created in 1890 and established in its present form by Public Law in 1947 to maintain uniform geographic name usage throughout the Federal Government. The Board comprises representatives of Federal agencies concerned with geographic information, population, ecology, and management of public lands. Sharing its responsibilities with the Secretary of the Interior, the Board promulgates official geographic feature names with locative attributes as well as principles, policies, and procedures governing the use of domestic names, foreign names, Antarctic names, and undersea feature names.

Council of Geographic Names Authorities in the United States (CoGNA)

The Council of Geographic Names Authorities (COGNA) is an association of state and federal government agencies representing the official and recognized geographic names authorities in the United States who work to promote national standardization of the names of geographic features for official use throughout the country.

The Maryland State Geographic Information Committee (MSGIC) acts to promote coordinated development and efficient use of resources amongst all entities involved in the collection and/or use of spatial data and GIS technologies in Maryland. MSGIC was formed in 1992 to help better serve the GIS community in Maryland. MSGIC members represent all levels of government, academia, regional organizations, and private industry.

For more information, contact Jen Chadwick-Moore at jen.chadwick-moore@maryland.gov or by phone at 410-697-9539.