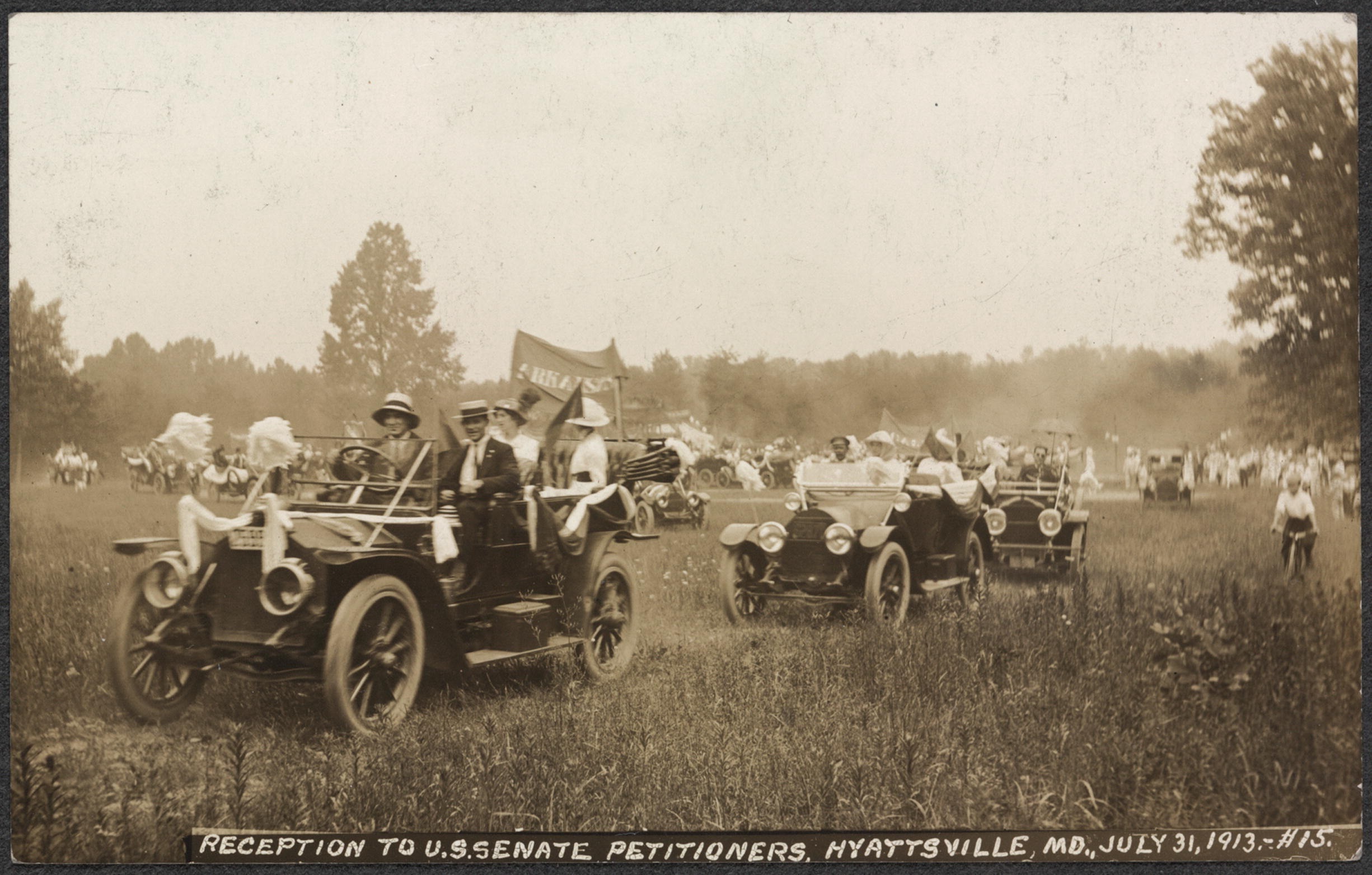 This map tour highlights the people and places of the Maryland women’s suffrage movement.

The 19th Amendment granted millions of American women the right to vote – a mass expansion in voting rights brought about by over 70 years of struggle by the activists of the women’s suffrage movement. Spurred by the upcoming 100-year anniversary of the passage of the 19th Amendment, the Maryland Historical Trust set out to better understand the state's women’s suffrage movement. In a special project funded by the Maryland Historical Trust's Board of Trustees, Kacy Rohn, graduate student intern in the University of Maryland's School of Architecture, Planning, and Preservation, researched and documented this history, and discovered over fifty historic sites around the state where Maryland women worked to advance their cause. This story map highlights the statewide activism of Maryland's suffragists and the places where they demonstrated, lobbied, and were jailed in pursuit of the right to vote.

This research produced new insight into the manifold activities of Maryland's suffragists, and identified scores of places associated with the movement around the state. It will provide the basis for a Multiple Property Documentation Form, to be prepared by MHT, which will enable nomination of Maryland Women’s Suffrage properties to the National Register of Historic Places as they are identified and documented. Additionally, MHT’s newly-reinstated Non-Capital Grant fund will support a statewide effort to continue researching women's suffrage sites and to draw public attention to the story of Maryland’s suffragists. 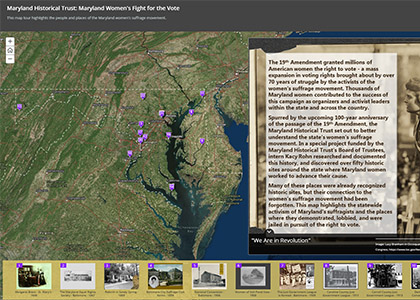